The San Diego Gulls announce that Kevin Dineen will be hired as the second head coach in franchise history. 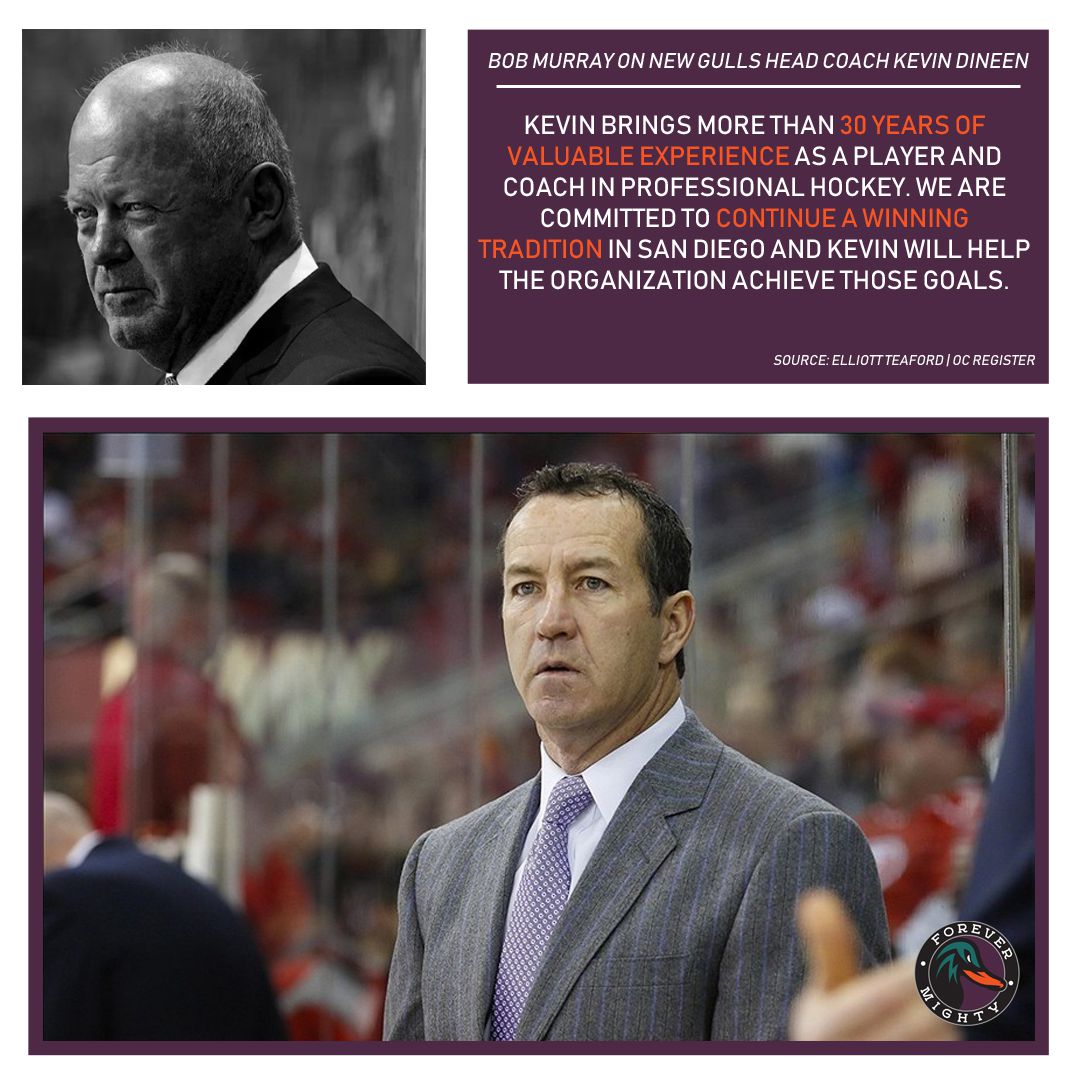 Kevin Dineen spent the last four and a half season as assistant coach with the Chicago Blackhawks. He was fired along with Joel Quenville on November 6th, 2018.

The Gulls were clearly looking for an experienced head coach to take over the regins. As is comfirmed by Bob Murray's quotes to the OC Register.

"Kevin brings more than 30 years of valuable experience as a player and coach in professional hockey. We are committed to continue a winning tradition in San Diego and Kevin will help the organization achieve those goals"

Dineen's coaching resume includes six years with the Portland Pirates of the AHL, three of which when they were an affiliate of the Ducks. He coached the Florida Panthers from 2010-2013, and won gold as head coach of the Canadian Women's National Team at the 2014 Olympic Games.